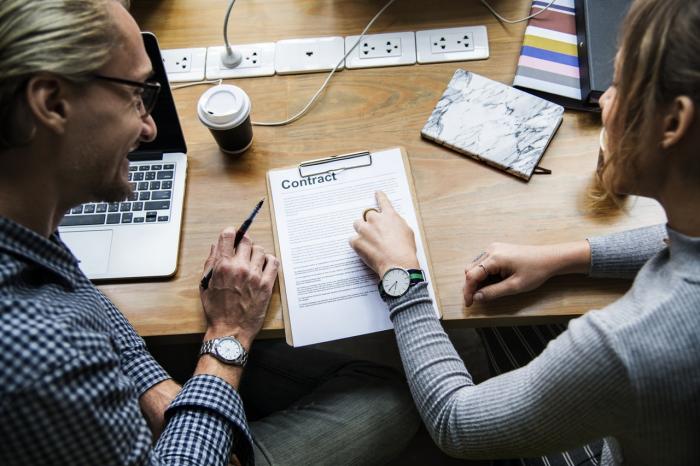 Does hiring military veterans make business sense? Some business owners are still hesitant about hiring veterans, for many reasons. For example, veterans are often regarded as behaviorally-unpredictable, ticking time bombs who have nothing to offer businesses except combat stories.

Well, the truth is these are just rumors and stereotypes based on few examples, often unsupported by any evidence. Here’s how Psychology Today described the origin of the stereotypes of veterans that have been circling around for quite a while:

“If the stereotypes mentioned above feel like caricatures of the veteran population, it’s because they are. This is a byproduct of both our culture and the human tendency toward heuristics — cognitive short-cuts helpful for processing massive amounts of data.”

Moreover, veterans have proved they can achieve success as entrepreneurs. In fact, there are more than 2.5 million businesses in the U.S. that are majority-owned by veterans, which make up almost 10 percent of all businesses in the country!

These businesses generate about $1.14 trillion in total annual revenues and operate in a variety of industries, including finance, construction, transportation, manufacturing, agriculture, utilities, and many others. Some of the most famous veteran-owned businesses are FedEx, Nike, GoDaddy, Walmart, Amway, and Universal Health Services.

On top of that, businesses operated by veterans get significant support. For example, Google launched a new special feature recently to provide helpful benefits for veterans. It’s called a ‘Veteran-Led’ attribute.

Here’s what Sean O’Keefe, a former staff sergeant in the U.S. Army and now a data scientist for Google (yet another example of a successful employee with a military background), had to say about the feature:

“If your business is owned, led, or founded by a veteran, you can enable this ‘Veteran-Led’ attribute through Google My Business, and it will appear on your Google listing alongside other details like ‘Has Wifi’ or ‘Outdoor Seating.'”

While you shouldn’t have any reasons not to hire a veteran with appropriate experience at this point, here are the top seven reasons that expand on the information we’ve explored so far.

If you’re a business owner, you know very well that the importance of having employees with strong leadership skills cannot be overstated. Veterans are trained in that to perform their roles and responsibilities well, and often see the ‘big-picture’ perspective, which is key to being a successful leader.

Frederick W. Smith, a former Marine and the CEO of FedEx, wrote in his Answering the Call piece that military experience gave him the leadership skills he needed to create his multimillion company:

“When people ask what principles have guided me since I started the FedEx Corporation 35 years ago, my answer often startles them: It's the leadership tenets that I learned in the U.S. Marine Corps during my service in Vietnam.”

Many employees fail in their roles due to their focus on career and personal interests, but with former service members, chances are good that you won’t have this problem. During their service, they learn how to set them aside for the sake of the greater good and success of their team.

Of course, this doesn’t mean that they cannot think independently, but rather that they tend to think and act without prioritizing their personal interests.

This one’s obvious. In adapting to military life, people learn how to function effectively as team members. On the other hand, civilian employees may not have any experience working in a team, so you’ll have to spend a lot of time teaching them, which is often unnecessary with former military force members.

“Former military members have passed through trials that civilians haven’t, so they realize that the consequences of their decisions could be quite serious,” explains Aneta Watson, a talent acquisition specialist from A-Writer. “As a result, they become very responsible individuals, which is often what employers are looking for.”

And it’s not just a suggestion! Veterans Florida have recently conducted a survey of hiring agents that discovered amazing results. Accordingly, hiring agents claimed that veterans were 39 percent more productive than their civilian peers.

In addition, the surveyed hiring agents also reported benefits that every business will find quite helpful.

Reason #6: Veterans are Attentive to Details

In addition to having a “big-picture” perspective, many veterans also possess a great ability to pay attention to details. It’s a known fact that military service teaches attention to detail, which is something that many businesses require; for example, such an employee will be able to conduct a more thorough analysis and evaluation of data, therefore, will provide more insights for better decision making.

Diversity is huge for businesses now, and veterans have an advantage over civilian employees here as well because most of them served alongside people of various races, ethnic origins, and backgrounds. So, they tend to develop respect for every team member regardless of their background, which is perfect to ensure maximum productivity of diverse teams.

Evidently, hiring veterans can be an excellent decision because they possess so many important and relevant qualities and abilities that most civilian employees don’t. So don’t let your company overlook these incredible candidates and carefully examine the resumes of former military members sent to your human resources department!

Interested in hiring a veteran for a critical position in your company? Create a free employer profile and reach thousands of qualified candidates through our online job listings.

Tom Jager is a professional blogger. He works at A-writer. He has a degree in Law and English literature. Tom has written numerous articles/online journals. You can reach him on Facebook.